Yesterday, I got a text that said that from a friend I haven't spoken to in a year (give or take). I hate moments like that because why? Why would I be mad?

I quickly logged onto my hotmail, which I don't use and never check, to see if maybe he had written me a few emails that I didn't respond to. Nein. No emails in the hotmail. Searched the gmail - maybe it had gone to spam? Nope.

Of course I texted back immediately - What?! No! Why?!

Being that I live so far away from everyone, I try to keep in touch through the interweb and the ole facebook situation. Also, this blog, of course! It might not be good enough for some peeps.

I don't have a point to this story, really, just sharing.

I had this one friend for a long time when I was in college that I used to call Quinby. That was not his name. He was very cool and we had a really good time hanging out and working at the library together. We sort of lost touch and then re-connected at some point over the telephone. When I talked to him, he was furious with me! Thought that I was a no good friend who had left him out in the cold. I had no idea.

I hope that's not what's gonna happen with this fella who sent me that text.

(In case you think I'm a crazy passive aggresive person, he doesn't read this blog, so it's not like I'm talking to him w/o talking to him.)
Email Post

Randi said…
I am a reformed "Are you mad?" sender of emails thanks to the Codfish Rehabilitation Program!
11:14 AM

Ma said…
I read your blog. The person who wrote that doesn`t know you very well. You and I almost never have words as I know you would never let it rest til it was resolved. ha, ha.
I love you.
Ma
11:34 AM

m.i.l. said…
hey, why is it that folks think the phone lines and computer connection only go one way....just to them? if they haven't heard from you in awhile why don't they contact you??? why should YOU always be the one to do the contacting?
2:07 PM

jessicurl said…
Well I think you are a lazy slacker and I am totally mad at you, so there. 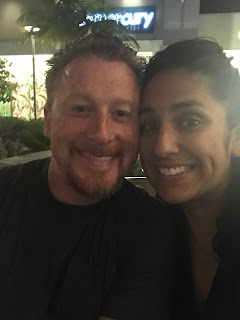 Coodence
Back on the Best Coast after a nine year journey on the Right Coast. Still hanging on to my Oxnard roots though, gotta keep that edge.